This procedure is performed by making a small hole with a needle in the gum tissue. Using specially designed instruments, the gum tissue is loosened and guided over the receded part of the tooth. Since there is no incision or suturing, patients can expect minimal post-operative symptoms (pain, swelling and bleeding). Most patients also are pleasantly surprised by the instant cosmetic improvement.

To learn more about the Pinhole® Surgical Technique, please contact our office.

What is gum recession?

Gum recession refers to the loss of gum tissue along the gumline. This can occur as a result of periodontal disease (gingivitis, periodontitis, advanced periodontitis), the natural aging process, or abrasive habits when it comes to brushing the teeth.

Why should gum recession be taken seriously?

When gum recession occurs, the root structure of the tooth becomes exposed. This means that tooth decay and other problems can affect the teeth along the gumline and beneath it. Since healthy gums are essential for a healthy mouth, getting gum recession treated is important for lasting dental wellness.

What is Chao Pinhole® Surgical Technique?

Traditional gum recession treatments involve the use of donor tissue or soft tissue grafts in order to rebuild the gumline. This soft tissue would be sutured in place and would join with existing gum tissue as it healed. While this traditional grafting treatment is effective, comparable results with better patient experience can be achieved through the Chao Pinhole® Surgical Technique.

During the Chao Pinhole® Surgical Technique, a needle is used to make a small hole in the patient's existing gum tissue. Through this pinhole, special instruments are used to gently loosen the gum tissue. These tools help expand and slide the gumline to cover the exposed root structure. There are no grafts, no sutures, and no incisions needed with the Chao Pinhole® Surgical Technique. It simply involves the adjustment of the existing tissue.

What are the benefits of Chao Pinhole® Surgical Technique?

The benefits of the Chao Pinhole® Surgical Technique are many: 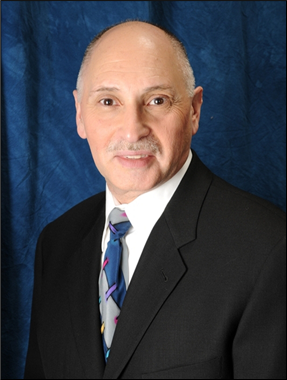 Since Dr. Cabrera began his practice, he has developed various surgical approaches. His work has been featured in several journals including the Journal of the American Dental Association, The Canadian Dental Journal and The Chicago Dental Society Review. Dr. Cabrera lectures both nationally and internationally. His presentations include The American Academy of Periodontology, The Mexican Academy of Periodontics, The Illinois Society of Periodontists, the Minnesota Dental Society (Northeastern Branch, Rochester, MN), The Mexican Academy of Pediatric Dentists, The American Academy of Pediatric Dentists and several universities including The University of Illinois in Chicago, Case Western in Cleveland, Ohio, University of Missouri - Kansas City and the University of Barcelona in Spain. He has been on the staff of The Children’s Memorial Hospital Department of Surgery, division of Dentistry for over 25 years. In order to provide our patients with the best care, Dr. Cabrera is constantly involved in continuing education, both as a participant and an instructor.

When not helping his patients Dr. Cabrera enjoys his family, nature and photography.

Send us an e-mail and we will contact you shortly!

Send Us An Email

Give us a Call